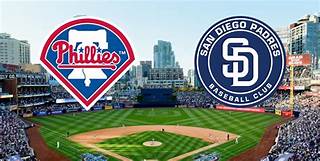 Both teams are 5-5 in their last ten games, and the Phillies have lost four straight (three of those against the Los Angeles Dodgers). Phillies offense has crashed back to earth after a great start to the season. They now rank 13th in runs per game but are still way ahead of the Padres, who rank 26th. The Padres rank ninth in ERA and the Phillies are right behind them at 10th. Although both pitchers are pitching well at the moment, I expect Nola to have the better outing today. The Phillies offense is a bigger threat to Lauer than the Padres are to Nola. Look for this to be a low-scoring game with the Phillies pulling away in the middle/late innings.